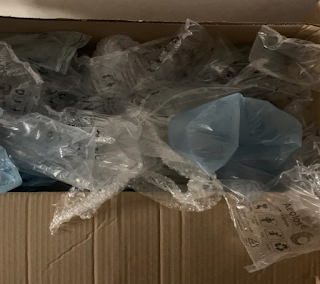 Cost (implementation of good practice): Medium
(investment costs: about PLN 11,320; costs of increased tap water consumption: about PLN 325/year)
Description of the problem:
The company's operations generated a large amount of plastic waste. The problem was primarily related to: disposable beverage bottles delivered to employees, the fillers (i.e., bags filled with air to protect products during transport) received with shipments, and the large amounts of stretch film used to secure products for transportation (in the latter case, waste was generated at the recipients).
Applied solution:
The issue of reducing the use of stretch film in shipments required discussing the problem with customers, and mainly concerned other options for securing shipments, or at least reducing the use of the stretch film (in the context of customers' requirements), which was largely successful – in agreement with customers, less stretch film is now used for packaging.
The handling of fillers received in shipments has also been changed. Instead of throwing them away, once the shipment was received and unpacked, the company started to collect the fillers in a separate container in the packing room for reuse in future shipments.
Water diffusers connected to the municipal network were also purchased and put into operation throughout the company, in the company's cafeteria and production halls. This eliminated beverages in bottles and plastic containers throughout the company. Instead of leasing, it was decided to purchase diffusers to emphasize that the change was made permanent and not just temporary. In addition, employees were provided with reusable bottles. 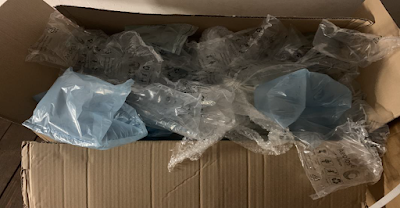 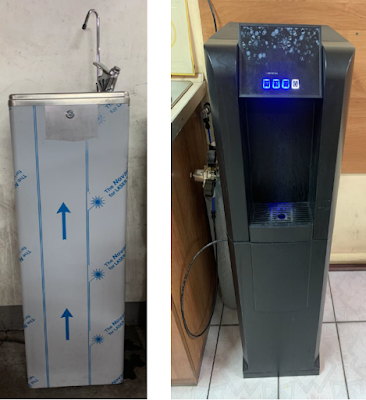