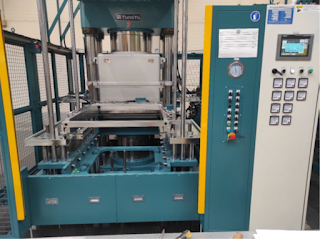 Example No. 18
Reducing rubber compound consumption while limiting the generation of vulcanization waste in the production of industrial couplings

Description of the problem:
In one of the vulcanizing press mold, used to extrude rubber parts for the company's main product, AC10-type highly flexible couplings, unnecessary grooves (guide grooves) were noticed, the elimination of which would allow the company to consume less of the input material used in the production of the parts, without reducing the quality of the product.
Applied solution:
To eliminate the grooves guiding the mixture, the injection chamber was embossed in the mold. The appearance of the manufactured component before and after the change described here is shown in Figures 1 and 2. The mold modification was carried out at a third-party provider of metalworking and mold-building services. The change was made in the mold for the AC 10 series product, in all its configurations. The sustainability of the changes was ensured by updating the process in the process sheets and updating the machine control programs. The processes were supervised by team leaders and the quality control department.

The above planned effects were estimated based on the results of tests conducted in April 2022. Payback period: approx. 1 month. 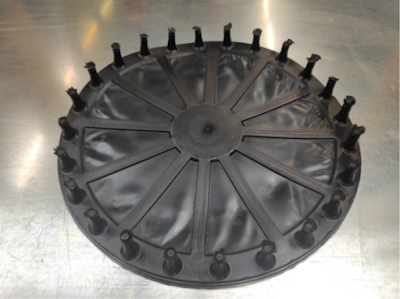 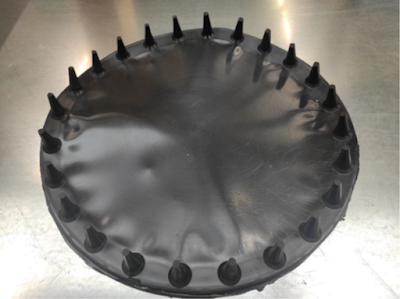 AC 10.2 mold flash after the introduction of the described change: the mold has virtually identical dimensions, but has no grooves
photo by Reich-cK Sp. z o.o., Bytom