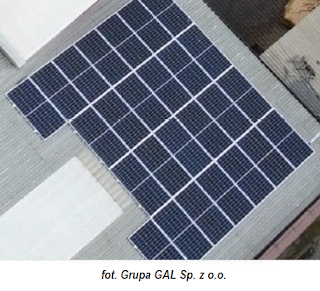 
Description of the problem:
Rybnik has for years been at the infamous top of the ranking of Polish cities with the most polluted air. According to a World Health Organization report, in 2016 it was ranked as the 4th most polluted city in the EU. In January 2017, quality monitoring stations in the city showed that the level of PM10 exceeded the limit values by more than 3,000%. For this reason, a project allowing to practically reduce air pollution in Rybnik was selected as the first to be implemented under the Cleaner Production Academy.
Applied solution:
After the strength test, the roof structure reinforcement was assembled and photovoltaic panels with a total capacity of 49.4 kWp were installed on the roof. Thanks to an analysis of the degree of reduction in CO2 and particulate matter, it has been proven that the implemented project will contribute to a practical reduction in air pollution.
The system is located on two roofs and is divided into 3 sectors. The total number of panels is 130, giving an area of about 227 m2. 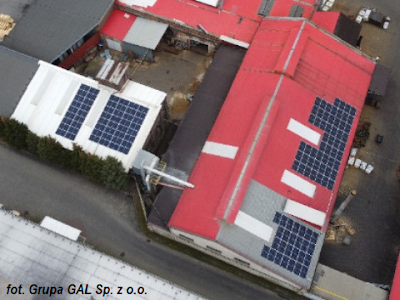