Stowarzyszenie
Polski Ruch Czystszej Produkcji
Home » branch plastics , good practices , low cost , materials , waste » Good practices in CP: 80. Creating a closed loop of paper tubes for film and bags, through a system of collecting them from customers and reusing them in the production process (ARTFOL)

Good practices in CP: 80. Creating a closed loop of paper tubes for film and bags, through a system of collecting them from customers and reusing them in the production process (ARTFOL) 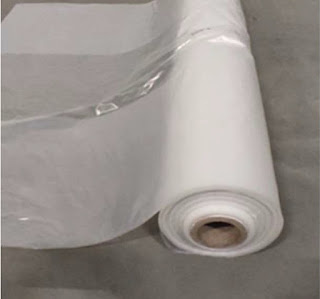 Example No. 80
Creating a closed loop of paper tubes for film and bags, through a system of collecting them from customers and reusing them in the production process

Cost (implementation of good practice): Low
(about PLN 1,000 – the cost of purchasing 5 wooden boxes marked with the company's logo, to be set up at customers' sites)

Description of the problem:
Among other products, the company produces films and plastic bags, which are wound on paper tubes. At customers’ sites, empty tubes became waste after the wound products were used up, despite the fact that most used tubes are reusable.
The steadily increasing cost of buying new paper tubes and the limited possibilities of sending used tubes for recycling (since they are produced from paper with an adhesive) prompted the company to organize a closed loop. While the use of empty tubes internally was not a problem, the organization of tubes collection and storage by customers remained problematic.
Applied solution:
The company has pilot-selected three of its largest customers, to whom the goods are delivered in rolls (wound on tubes). They were offered to use wooden boxes purchased by ARTFOL, into which workers would deposit used tubes. The collection is carried out by ARTFOL when the goods are delivered (using previously empty return transport, which reduces environmental impacts and virtually reduces the cost of collecting the tubes to zero). Transferring the tubes back to ARTFOL minimizes waste on the customer's side and enables a reduction in the use of materials for tubes (less purchasing needs). It also makes it possible to keep the price of goods competitive.

The project has been implemented recently (2022), but the following effects have been estimated based on measurements to date (concerning three clients):
Since the above calculations are based on the effects calculated for three customers, they may increase if more customers are interested in this solution. The company also plans to purchase a tube-cutting machine, which will give it more flexibility and the ability to reuse custom-size tubes.

An important aspect of this activity will be the competitive advantage that the tube recovery service will provide. For example, the company has begun discussions with a potential customer who approached it precisely because of its ability to take back the tubes (to reduce costs and implement its own environmental policy). 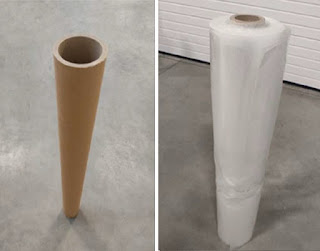 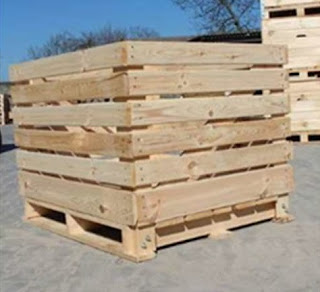 Wooden box for empty tubes to be returned (to be set up at the customer's site)
photo by ARTFOL
Source: