Good practices in CP: 81. Improvement of energy efficiency as a result of eco-design of the production hall (INTEGRAL Grzegorz Kostowski) 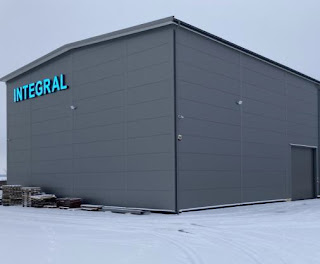 Example No. 81
Improvement of energy efficiency as a result of eco-design of the production hall

Company:
INTEGRAL Grzegorz Kostowski with its seat in Olsztyn
Place of implementation of the described activity: production hall in Nidzica, Rozdroże 1D

Cost (implementation of good practice): Medium
(purchase of three destratifiers: PLN 6,000, purchase of 21 LED fixtures: PLN 14,700, the cost of independent electrical circuits and switches (without the cost of the fans themselves, which would have been purchased anyway): PLN 4,000, the difference in price due to the increased thickness of the walls and roof (additional insulation): PLN 23,000)

Description of the problem:
Due to the construction of the new production hall, the company decided to look for solutions to improve energy efficiency, which were already taken into account at the design stage.
Applied solution: