Good practices in CP: 79. Reducing post-production waste through the use of nesting technology – numerical optimization of the chipboard cutting process (Akrobud Sokołowski) 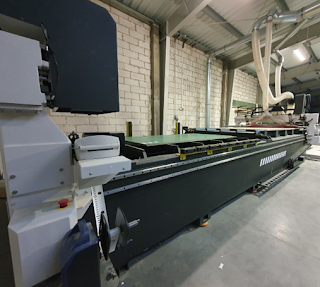 Example No. 79
Reducing post-production waste through the use of nesting technology – numerical optimization of the chipboard cutting process

Description of the problem:
Chipboard used for the sheathing of dormer structures (which is the company's most consumed raw material) was cut with a panel saw, without digitally optimizing the cutting of the raw material, resulting in relatively high material losses (on average, about 11.5% of the cut chipboard became waste, transferred to third parties).
Applied solution:
After analyzing the available solutions, the company decided to purchase a milling machine, adapted to work with software for numerical optimization of chipboard cutting – the so-called “nesting”.
The name refers to a bird nest (when a bird builds a nest, it cleverly fits many pieces of wood together in a small space; the industrial practice of nesting is similar, i.e., to fit as many pieces as possible on a single board).

In the new device, the first step of the activity is design, during which the designer defines the number, shape and dimensions of the components. Then, using software designed for nesting, it generates the most optimal arrangement of components on the forms. At this stage, the path that the tool will take in the cutting process is programmed.
Another important aspect is the ability to use a common cutting line, which reduces working time, maximizes material utilization and often extends the life of the tool.
In addition to the arrangement of structural elements, the program fills in the voids with so-called fillers, which are also used in no small measure in the plant as supplementary elements of the structure.

The implementation required preparation of the workstation for the machine, adaptation of the system and purchase of the software (training for the design engineer and operators of the machine, as well as its installation, were included in the price of the product).
It took about a month to implement the new machine. It did not affect the existing production and did not cause downtime at the plant (the panel saw on which the cutting had been carried out up to that point was working without change).
it returns to the hall, reducing heat loss (and thus gas consumption) in the autumn and winter months.

A preliminary assessment shows that thanks to the launch of the new machine the following will be achieved: 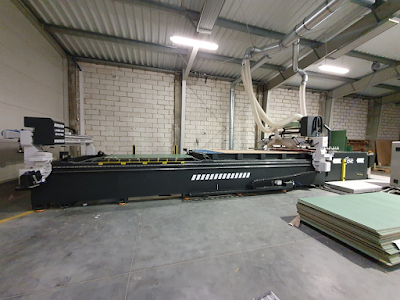 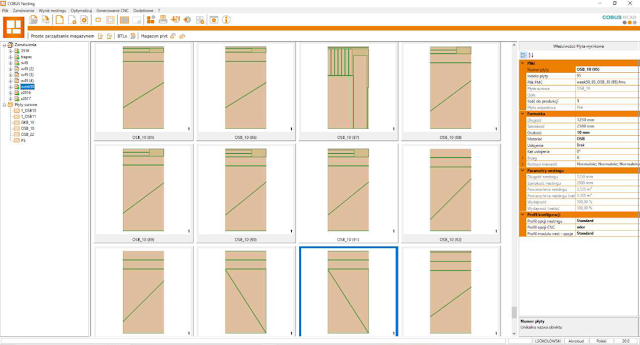