Good practices in CP: 32. Closing the water cycle on the production line by setting up a water retention and reuse system (BRUK Sp. z o.o.) 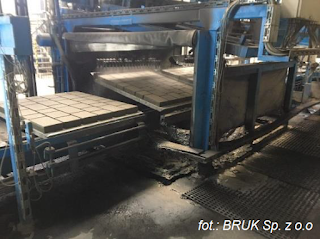 Example No. 32
Closing the water cycle on the production line by setting up a water retention and reuse system

Description of the problem:
The change described here relates to an existing installation used to collect sludge generated from the production of the so-called “washed” paving stones, i.e. paving stones and slabs, the top layer of which is washed with water in a special way to give them a suitable appearance (presented in the photo in the header of this description).
The basis of this system is a settling tank that collects the coarsest sludge fractions, and tanks built into the ground where finer sludge is collected along with contaminated water from production.
Originally, the tanks were emptied by a septic tank service company when necessary due to overfilling of the tank. Over time, the system was retrofitted with a water filtration and sludge dewatering node, allowing water to be recovered for the production process. However, due to the characteristics of concrete sludge and the increasing scale of production, this system proved to be insufficient and unreliable, resulting in the use of only mains water for concrete mixes.
Applied solution:
As part of the Cleaner Production Project, the aforementioned system was expanded to include the ability to collect rainwater in tanks, and its operation was improved to allow the use of rainwater and filtered water from the production process (for concrete production). Thus, it was made possible to reuse collected water on the production line. 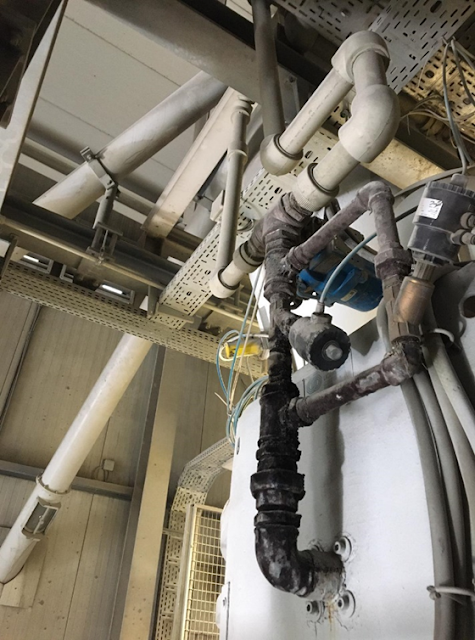 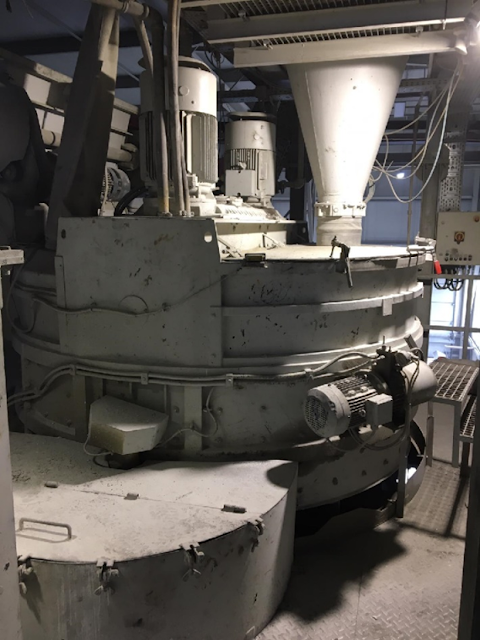