Good practices in CP: 38. Reducing the use of plastics in shipments of the online store Telimena 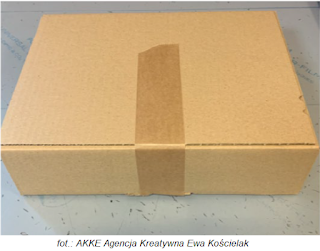 Example No. 38
Reducing the use of plastics in shipments of the online store Telimena

Cost (implementation of good practice): Low
(about PLN 150/month – involves the purchase of tissue paper for packaging and gray tape).
Description of the problem:

The ordered products were shipped to the online store's customers with a hanger made of plastic and packed in a protective bag made of polypropylene. In addition, the cardboard boxes were sealed with colored acrylic adhesive tape.
It is likely that a significant number of customers threw away the package of the shipment and the hanger after receiving the shipments, and these, it can be assumed, did not always end up in the containers for segregated waste.
Such a strategy had a negative impact on the online store's image, which was reflected in comments and reviews posted on the company's website. A decision was made to remodel the package of the shipment for the greatest possible reduction in materials used.

Applied solution:
To eliminate plastics from the packaging of shipped packages:
The project was implemented in a short period of time, with very little money involved in purchasing the products needed for packaging.

The appearance of shipments before the described change
Source: Report on the Cleaner Production Project No. 49.795, titled “Reducing the use of plastics in shipments of the online store Telimena”, AKKE Agencja Kreatywna Ewa Kościelak