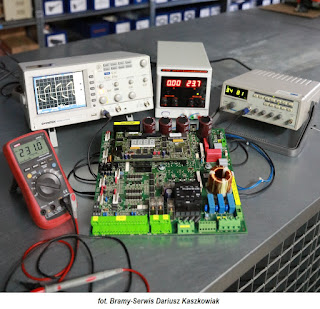 Example No. 44
Recycling of defective high-speed door controllers - improving service by building a dynamometer with a measuring system

Cost (implementation of good practice): Medium
(PLN 18,000 – the cost of materials needed to build a dynamometer)

Description of the problem:

Typically, the failure of a high-speed door controller requires the service to carry out a lengthy process of identifying the type of controller and pricing it. The average troubleshooting time for a defective high-speed door controller in Poland ranges from 17 to 65 working days (4 to 13 weeks) and usually ends with the replacement of the controller with a new one. The consequences of door downtime during cold periods of the year are energy losses in companies (higher electricity and/or heat consumption).
The experience gained during 9 years helped Bramy-Serwis make quick repairs of controllers (so they do not become waste, but receive a “second life”). Some repairs can be done in a few hours (at the customer's site), but with some it is necessary to take the controller to the company (the repair then takes about 5 days).
The variety of design, size and speed of the doors is so wide that it is important to test the functionality of the controller as best as possible after repair. Further shortening of the time for implementation of the work in the service center was therefore conditioned by the best possible simulation of the behavior of the repaired controller in the conditions in which it will work at the customer’s site, so as to avoid the situation when it turns out at the customer's site that further service work is necessary (limiting the need for next trips and the loss of time and energy wasted by the open, damaged door).

Applied solution:
Initially, in order to simulate the operation of the controller on the device during testing, the service ran cyclic testing using a drive similar to the one installed in the customer's facility. However, lacking a proper mechanical load, it was attempted to replace it with a high operating frequency in order to perform the most reliable tests possible.

However, wanting to test equipment even better and faster, the company has developed the concept of implementing the design of a proprietary dynamometer with a measuring system.
A dynamometer is a system that simulates the behavior of the door as close as possible to the conditions under which the repaired controller will operate at the customer's site, through the appropriate selection of its selected operating parameters. Testing the controller on such a system allows for much better verification of how it will operate when installed at the target site. Benefits of the developed solution are:
The result is a tool that allows the repaired controller to be inspected in terms of performance and durability by simulating operation on the target device. Thanks to this the testing time was reduced from several hours to about an hour, which further reduced the time of the entire repair. 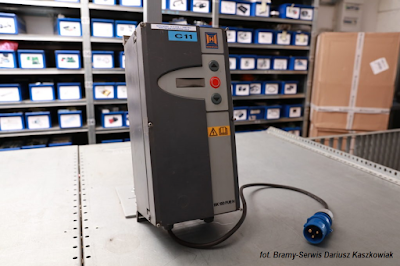 An example of a high-speed door controller
photo by Bramy-Serwis Dariusz Kaszkowiak. 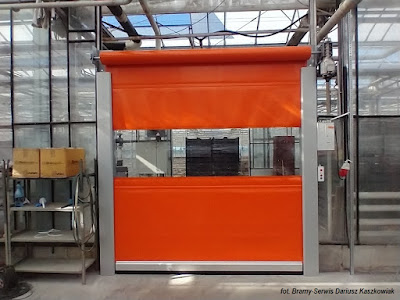 An example of a high-speed door
photo by Bramy-Serwis Dariusz Kaszkowiak. 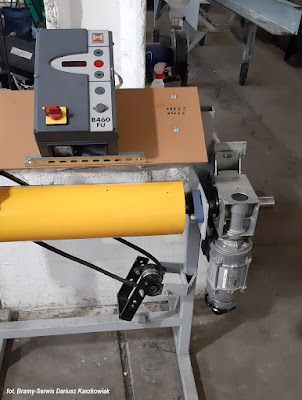 A section of a dynamometer for testing automation systems
photo by Bramy-Serwis Dariusz Kaszkowiak.
Sources: