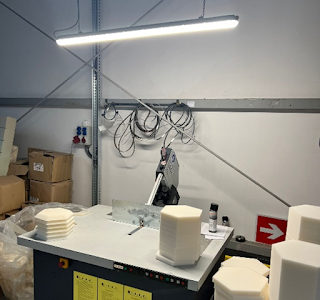 Example No. 64
Creation of lighting areas in production and storage rooms

Cost (implementation of good practice): None
(cost-free measure)
Description of the problem:
During the environmental review, it was pointed out that in large rooms, both in warehouses and production facilities, entire areas are illuminated, regardless of the fact that workers stay only in part of them at a given time. It was therefore suggested to divide the lighting into sections that could be switched on in different parts of the rooms.
Applied solution:
The project was introduced on a pilot basis in the storage rooms (5 rooms with a total area of 18,620 m2). The lighting was divided according to the size of the hall into a dozen sections that can be switched on only in those parts where they are actually needed. For example, a production hall of 3,453 m2, was divided into 16 sections, a production hall of 2,316 m2 – into 14 sections. Sections located in the storage halls are switched on manually. Employees are informed about the rules of operation of a particular lighting during job position training.
On the traffic routes between the halls, lighting points were installed, switched on by motion sensors. Thanks to this solution, the need to turn on the light in the halls was eliminated. Only the traffic route and the place where an employee is located is illuminated. 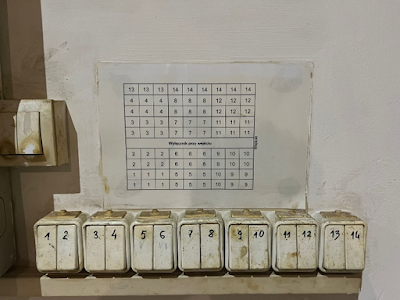 Switches of lighting sections of the hall
photo by Pureko Sp. z o.o. 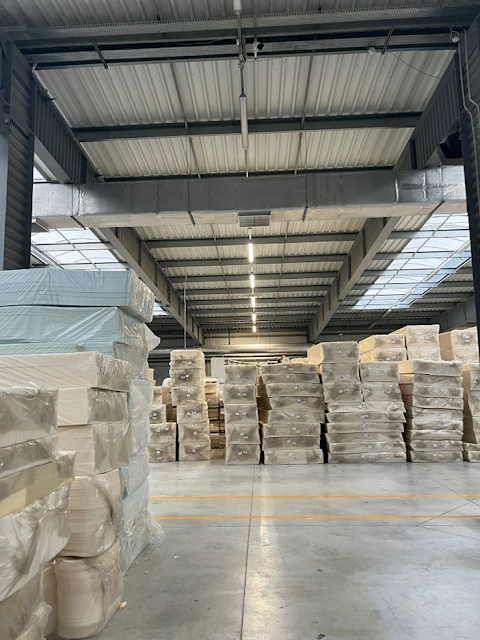